the original was published in Russian on dtf 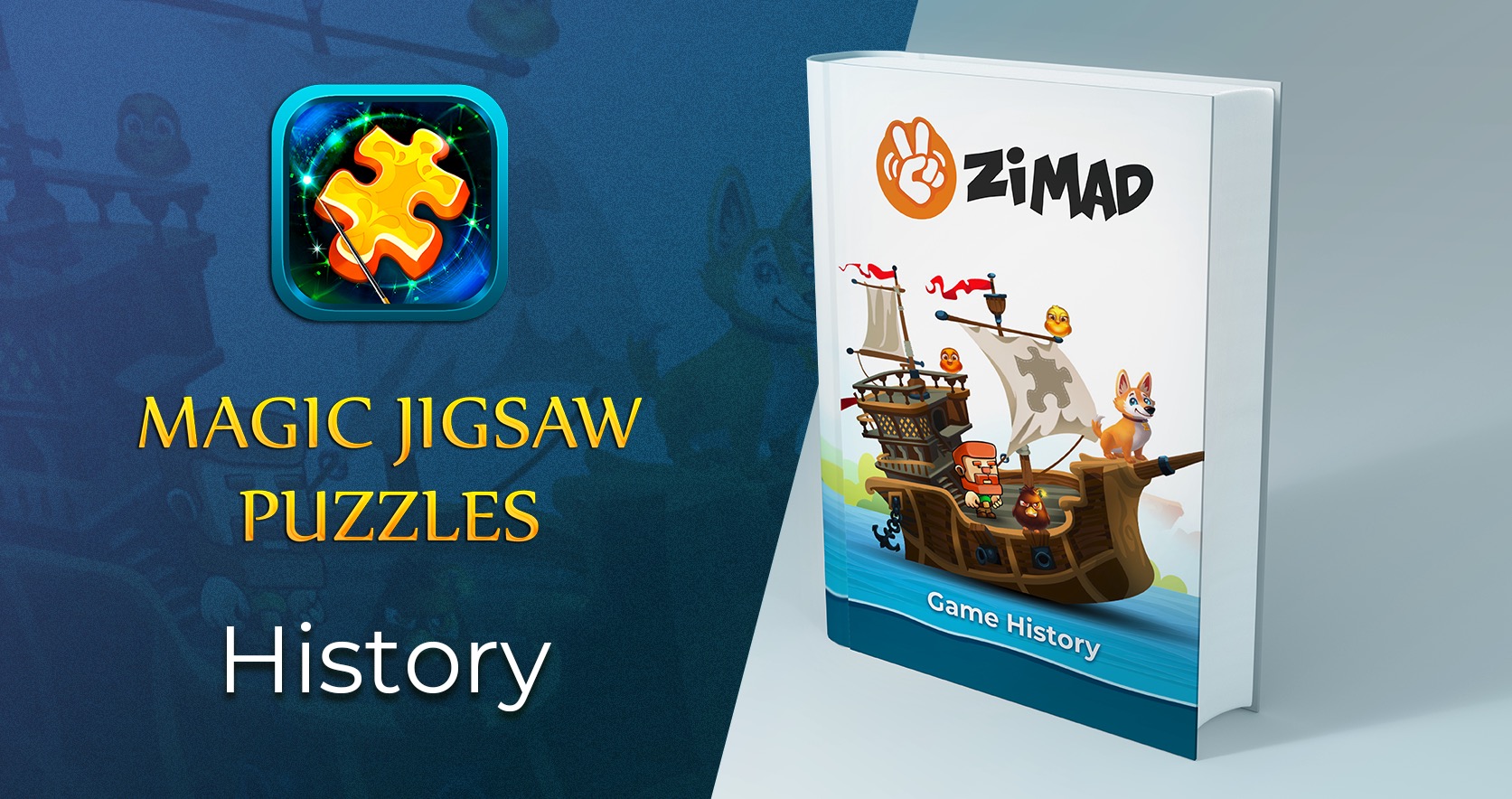 Grandma’s top pick, or how Magic Jigsaw Puzzles came to win the market: the complete story

Statistically speaking, it’s much more possible that your parents have tried the game and not you. Hear me out: it’s digital puzzles that have been on the market for eight years and have more than 50 million downloads. It’s been quite a journey, but after all these years the Magic Jigsaw Puzzles game is still on top.

The first thought to create a puzzle game was born in 2010. At that time, ZiMAD, the mobile developer company, already had a lot of different applications of various themes and genres. The employees and the bosses were open to new suggestions. Why did they come up with a puzzle idea is difficult to say, but at some point, someone suggested making a puzzle game, and the others thought why not?

In October 2010, the Magic Jigsaw Puzzles team consisted merely of three people: a project manager, a designer, and a developer. The main platform for the game was iPad: first of all, they were trendy and quite cheap back then, and second of all the process of a puzzle collection was thought to be more intuitive on a big screen. It seemed much more pleasant to pick up pieces with your fingers rather than with a plastic mouse.

Before starting to work on Magic Jigsaw Puzzles, the team analyzed the competitors and made a list of features that could be borrowed for the future hit. For example, a carousel puzzle selection was added, which was actually copied from the iTunes album selection mechanism.

After the competitors saw this idea, they started copying it, so the team immediately knew the in-game carousel slider was top notch.

The first prototype of Magic Jigsaw Puzzles for iPad was ready in a couple of weeks after the initial discussion, and two months later in February 2011, ZiMAD uploaded the first version to the Store. The final version of the app included a puzzle shop, which was and still is the main source of the app’s income and was released in the Summer of 2011.

Until the end of the year, the team relied only on organic installations and noticed a peculiar pattern: the closer was winter, the more interest users showed to mobile games. It’s only logical. Magic Jigsaw Puzzles gradually began to acquire an audience.

The involvement of the gamers was also influenced by a new concept, which was introduced at the end of 2012. It is called “daily puzzles”. The main idea was as follows: one set of hidden puzzles was released for one month, and every new day one new image was opened for puzzlers to collect. The players enjoyed it very much. After that, the developers started releasing such a set of puzzles every month, and they continue this tradition even to this day. 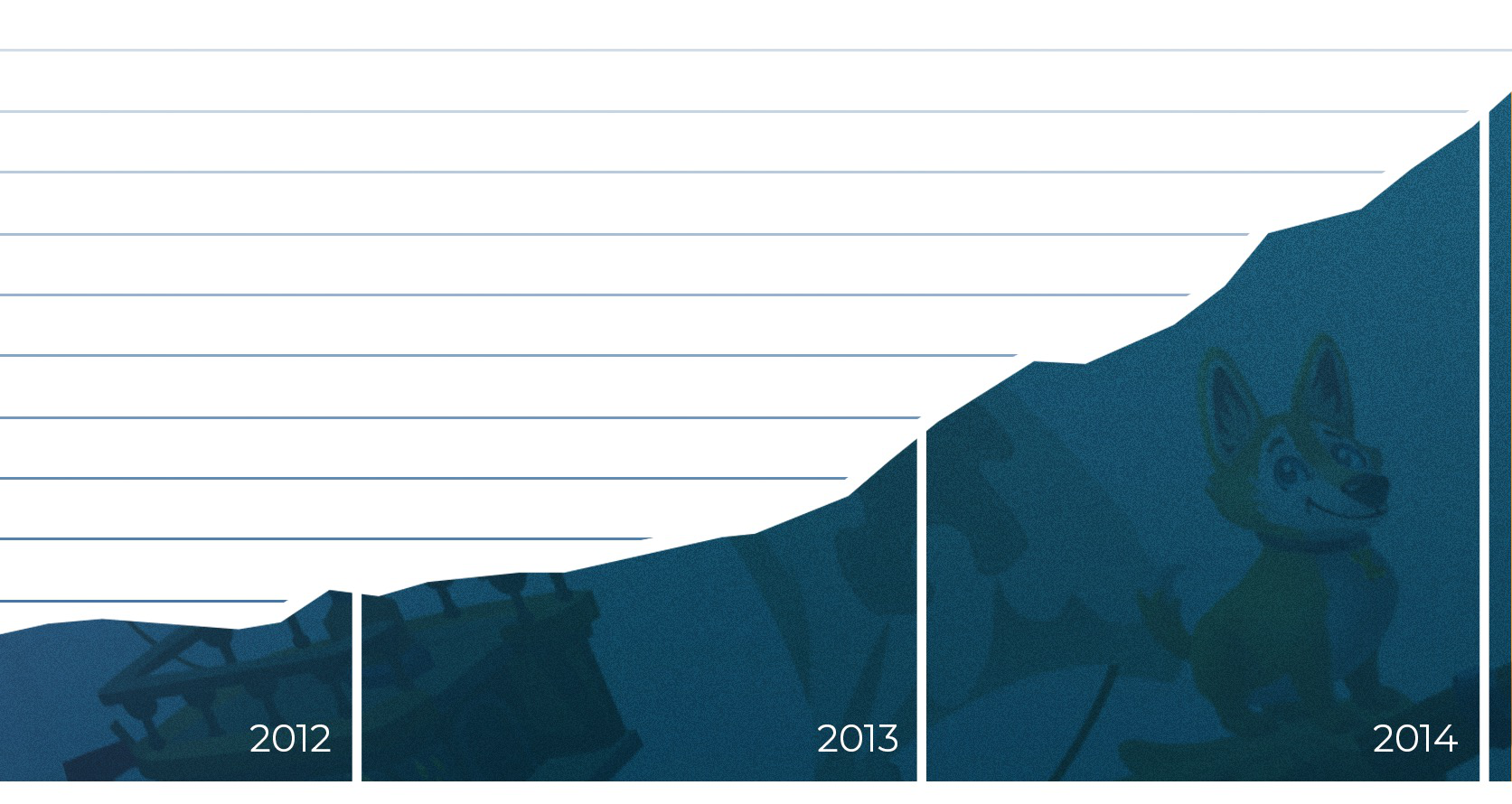 Less than a year after the launch, it was finally decided to take promoting and marketing seriously. ZiMAD ran several campaigns, and during 2012 and 2013 Magic Jigsaw Puzzles had a constantly growing base of players. At the same time, marketers started buying the much-needed traffic, so the coverage started to grow much faster, and the income did, too. By the end of 2014, the Magic Jigsaw Puzzles app had undergone a gradual redesign: it was influenced by a new minimalistic trend and made the style of the game more “flat”.

Thanks to the combination of competent marketing and continuous support of the application, in 2014 and 2015 the app managed to achieve a stable income. The company’s management has always supported charity, and the success of Magic Jigsaw Puzzles was no exception: the team actively sought out organizations that would agree to cooperate. Many people responded. It’s not that much, but it’s honest work.

Some of the charity campaign posters

The team has worked with the Michael J. Fox Foundation, World Vision, National Breast Cancer Foundation, St. Jude, UNESCO, and many others. The terms of such a partnership are always different, but every charity campaign has one thing in common: the release of a special set of puzzles dedicated to the topic and the donation of the amount received. The audience has a positive attitude towards such campaigns, which also has a strong impact on our audience and brand image.

In addition, since 2016 the Magic Jigsaw Puzzles game has been able to attract giants such as National Geographic, Sony Pictures and Cartoon Network for collaborations. ZiMAD made agreements that benefited both parties — they used company-provided photos to create branded kits and did joint promotions on social media sites. Profit from the sale of the kits was shared. Thanks to the idea behind the application — collecting puzzles made out of different images — we were able to develop a universal model for future collaborations with large companies.

The simple interface of the app gives the ability to add and remove new features and monitor the subsequent reaction of users.

How the tournament mode looked back in the day. The screen is in Russian

From 2012 to 2018 the players could choose between a single-player mode and a  “tournament” online mode. Through it, ZiMAD planned to make the mobile game more social, so that players could compete with each other. The team spent about three months developing and introducing this mode, but it did not appeal to users and was not popular. After that, it existed for some time without any updates, and last year it was finally removed from all platforms.

In terms of monetization, one of the more successful innovations was the purchase mode, which included: disabling advertising, the ability to create jigsaw puzzles from the player’s photos and several additional sets of puzzles. A year ago, this mode became available to the players who purchased a subscription. Now fans often sign up for a trial subscription only to play puzzles created from their photos.

Also, there is a social feed in Miracle Puzzle — a separate tab with puzzles created from the players’ photos. The Jigsaw Puzzle Feed was added in 2015: you can mark your favorite pics, share them and leave comments. Adding this feature required a lot of effort in the client-server implementation, and now it’s available on all platforms.

All the photos added by users are moderated, and over the last two years, they have uploaded more than 800,000 photos in total. Although the team carefully reviews all photos and select only the best ones for the gallery, they are still inferior to the ready-made sets. As a result, this feature is not as popular as we thought it would be. Right now it is unclear, whether it is worth continuing developing it or not. 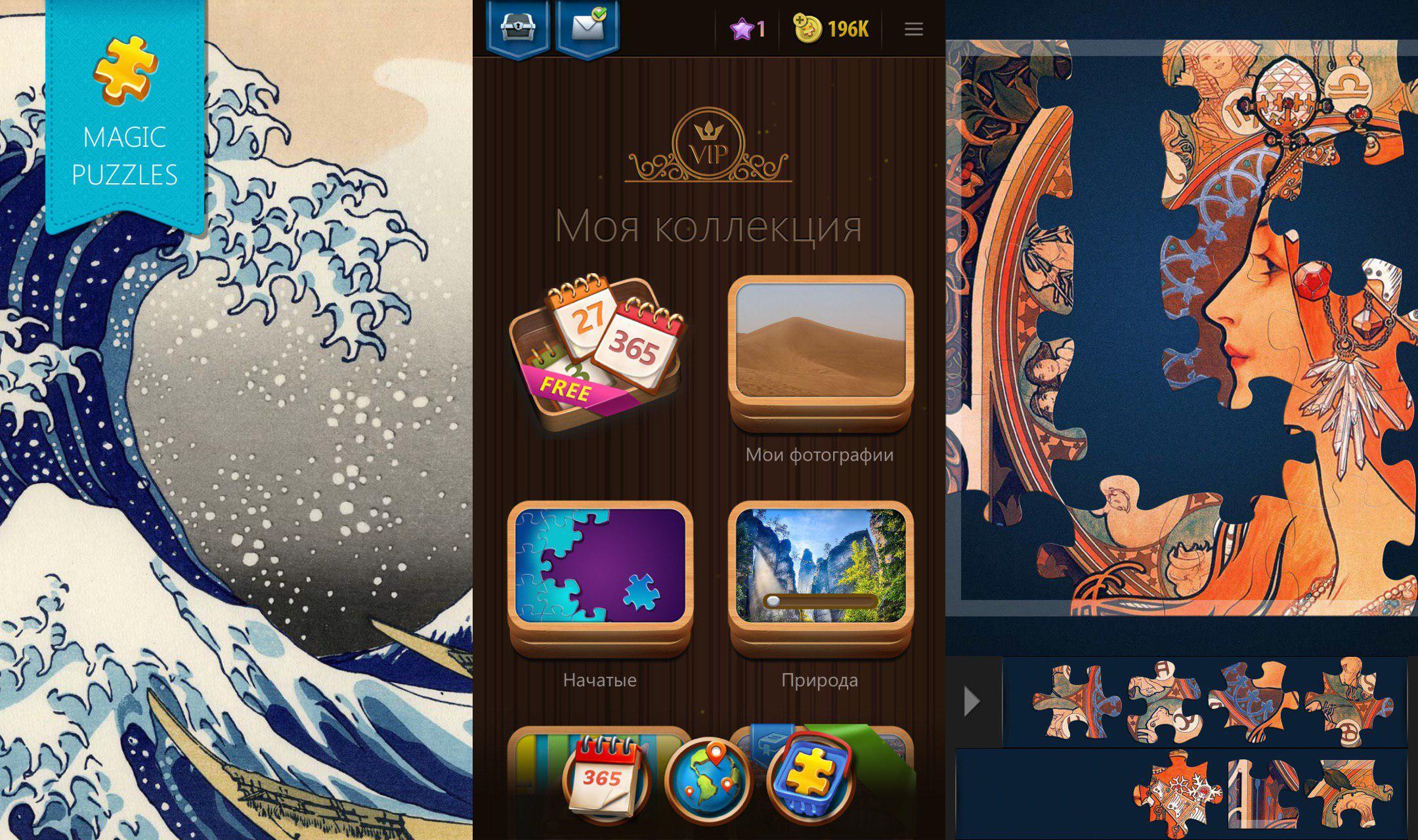 After the team followed the fashion for flat design, in 2017 it was decided to return to a more realistic UI. This is not in line with the general trend towards minimalism, but it feels authentic: when you open Magic Jigsaw Puzzles, you see and feel the puzzle pieces as if they are taken from the real world. In addition, Magic Jigsaw Puzzles is dominated by a wooden themed design, which together with the calm music of the background creates a nice atmosphere.

After the collaboration with Cartoon Network in 2018, the Magic Jigsaw Puzzles app was noticed by Apple. Although the game already had a large audience, it was this info-carrier that helped it get into the Game of the Day feature.

Six months later, at the WWDC 2018, ZiMAD found themselves on a slide with a selection of popular applications.

Now that the project management and maintenance on all platforms (iOS, Android, Amazon, Microsoft, Facebook) require much more effort, a team of 30 people is working on it. There are a lot of plans for Magic Jigsaw Puzzles, but the main ones are to support the game, develop new features, improve the interface and make the community bigger. In addition, there is a desire to create and develop various events to keep users interested in the product.

Players need to be constantly surprised by something new so that they do not get bored.